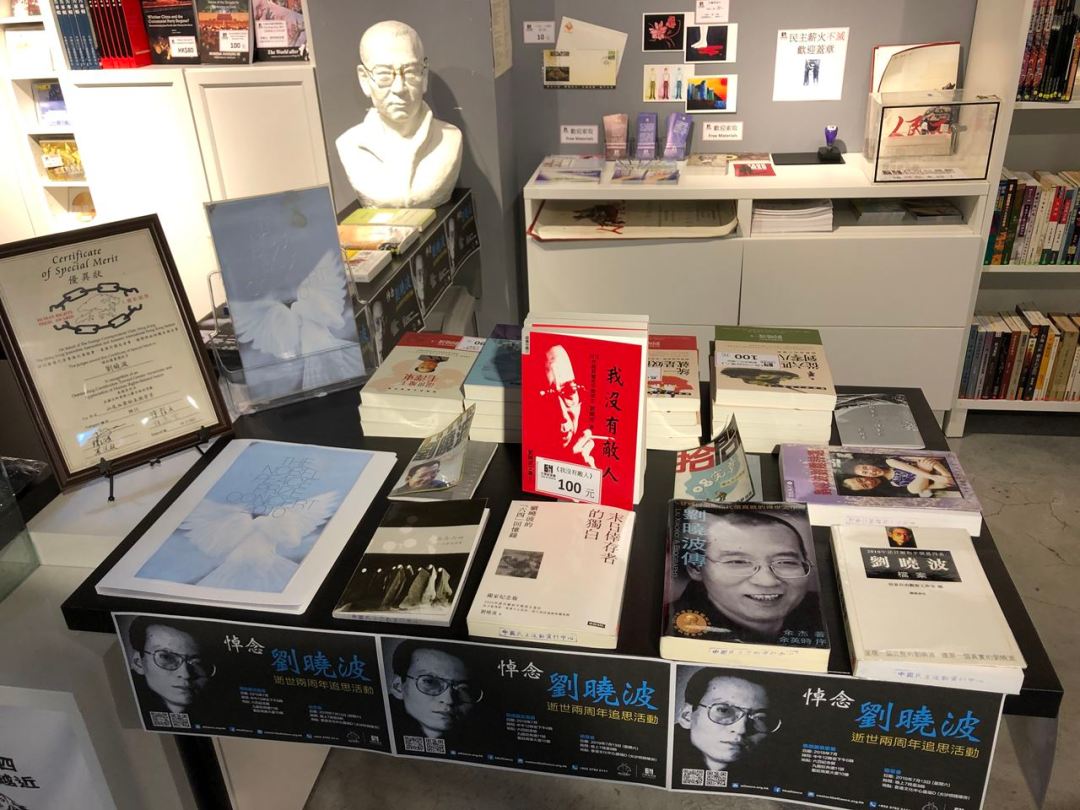 “Souls of the deceased” is the theme that is permeated throughout the poetry and writing of the Chinese Nobel Peace Laureate Liu Xiaobo. After the 1989 Tiananmen democracy movement, Liu embarked on a path of no return, and on many levels, he devoted his life for the “Souls of the deceased” of June 4th Massacre.

In 2010, Liu was realised that he won the Nobel Peace Prize during his sentence in prison. Immediately, in tears, he said to his wife Liu Xia, “This prize is dedicated to the deceased souls of June 4th Massacre.”

Today, Liu Xiaobo became one of the “souls of deceased victims″. Liu once said, ” In the depth of Hopelessness, the only thing that gave me hope was to remember those souls of the victims.” All we can do today is to remember them, and to join them in the process of seeking truth and justice.

Below is a poem from Liu Xiaobo , about “June 4th Massacre”:

“Those who sought freedom are dead and gone
Souls of the victims are living in the midst of the struggle
Those who deny freedom live on
But their souls die in fear
Faced with despair, all seemed empty
Faced with barbaric violence
Their is a persistence that could not be doubted
As if there was a beam of light
Taken from the most truthful inner heart
Shining a passageway”

A Prisoner of State:

During the 30 years of lobbying for Democratic reforms, Liu was imprisoned on 4 separate occasions, summarily serving 15 years in jail:

✽From 6th June 1989 to January 1991, he experienced dismissal from his job and imprisonment for participating in the 1989 democracy movement under the charge of “counter-revolutionary propaganda and incitement.”

✽From May 1995 to Jan 1996, he was jailed for the second time, for attempting to organise a peaceful protest about the events of June 4th Massacre.

✽From Oct 1996 to Oct 1999, Liu was jailed for the third time for expressing his opinions about the State sanctioned guidelines that addressed the issue of Taiwan and China, from the historic points of view of the two armies during the modern Chinese Civil War. When Liu was released, he continued to publish articles to call for political reforms.

✽From Dec 2008, Liu was arrested for the fourth time for drafting “Charter 08”. On the 25th Dec 2009, he was charged with “inciting subversion of state power" and sentenced to 11 years of imprisonment. The apparent evidence presented to court was the “Charter 08” and 6 other of his articles.

A lifelong confession for redemption

On 2 June 1989, him and three other colleagues engaged in a hunger strike demanding democratic reform; they were nicknamed “four gentlemen of Tiananmen Square”.

On the night of 3 June, the army received an order to enter the city, the “four gentlemen” urged the other students to dispel in order to mitigate the bloodshed arising from army violence.

After the slaughter of protesters on 4 June, Liu hid for two days to avoid arrest, then sought help in the Australian Embassy as his life was being threatened. By 6 June, he tried to return home and was arrested en route.

An empty Chair for a Nobel Peace Laureate….

On 8 October 2010, Nobel Committee awarded the Nobel Peace Prize to Liu Xiaobo in recognition for “his lifelong peaceful effort in upholding and protecting basic Human Rights in China.”

At the award ceremony on 10 December 2010 in Norway, Liu’s absence was symbolically highlighted by the Empty Chair, placed on the stage and displayed to the world. It became a moving and regretful image in the history of the Nobel Peace Prize.

When Liu passed away in 2017, the Chairperson of the Nobel Peace Prize committee expressed his regret by saying, “We understand his (Liu’s) chair will forever remain empty .” Liu Xiaobo’s death became, like his predecessor Carl von Ossietzky, another Nobel Peace Laureate who died in prison.

On the 26 June 2017, an announcement was made by the Prison responsible for Liu’s detention that he had liver cancer.

The international community urged the Chinese Government to allow Liu to travel overseas to seek expert medical treatment, but was refused by the Government without providing reasons.

The world watched as Liu’s life slowly ebbed away. On 13 July, Liu passed away and within three days, his remains were ceremoniously cremated and his ashes were scattered to the sea; some believed that the expedient cremation and the disposal of his remains that prevented the creation of his tomb stone was the Chinese authorities’ means of preventing any protest in his name. Indeed, by scattering his ashes into the ocean, it was a way to “bury his legacy”; hoping he will be forgotten in Chinese history.

A year after Liu Xiaobo’s death, his wife Liu Xia (who was under house arrest since Liu was awarded the Nobel Peace Prize) was given permission to travel to Germany by the Chinese Government. But she could hardly accept the death of her husband.

The deprivation of freedom caused Liu Xia to suffer from heart problems and acute depression. The dissent from Liu Xiaobo had also caused her brother to be imprisoned for 11 years.

“Even if I was grounded into dust, I would still embrace and comfort you with my ashes,” says Liu in his article “I Have No Enemy: My Final Statement”. He expressed his deepest affection and regret to his wife Liu Xia. His love transcended beyond that to himself and to his family. Liu wrote, “My wish is that I can transcend beyond my personal experience to witness the development of my country and the changes to society. I will use the greatest kindness to dissolve the regime’s hostility, and to dissolve hatred with love.”

Upon hearing about Liu’s death, the mother of one who was killed at the June 4th Massacre, Professor Ding Zilin praised him for “possessing the greatest universal love, that is incomparable with anyone else.”

Waiting
2011, woodcut, 86x61cm (34x24in)
The Nobel Peace Prize Award Ceremony of 2010. The prize was awarded to the imprisoned Chinese writer Liu Xiaobo in absentia. His absence was symbolized by an empty chair at the award ceremony. At the ceremony, the Norwegian Solveig’s Song was specially selected and sung to pay tribute to Liu.
Inscriptions are the lyrics in Norwegian, English and Chinese.

English:
Perchance both winter and spring will pass,
and next summer, and the entire year:-
but at last you will come, that I know for sure;
and I’ll still be waiting, for I once promised I would.